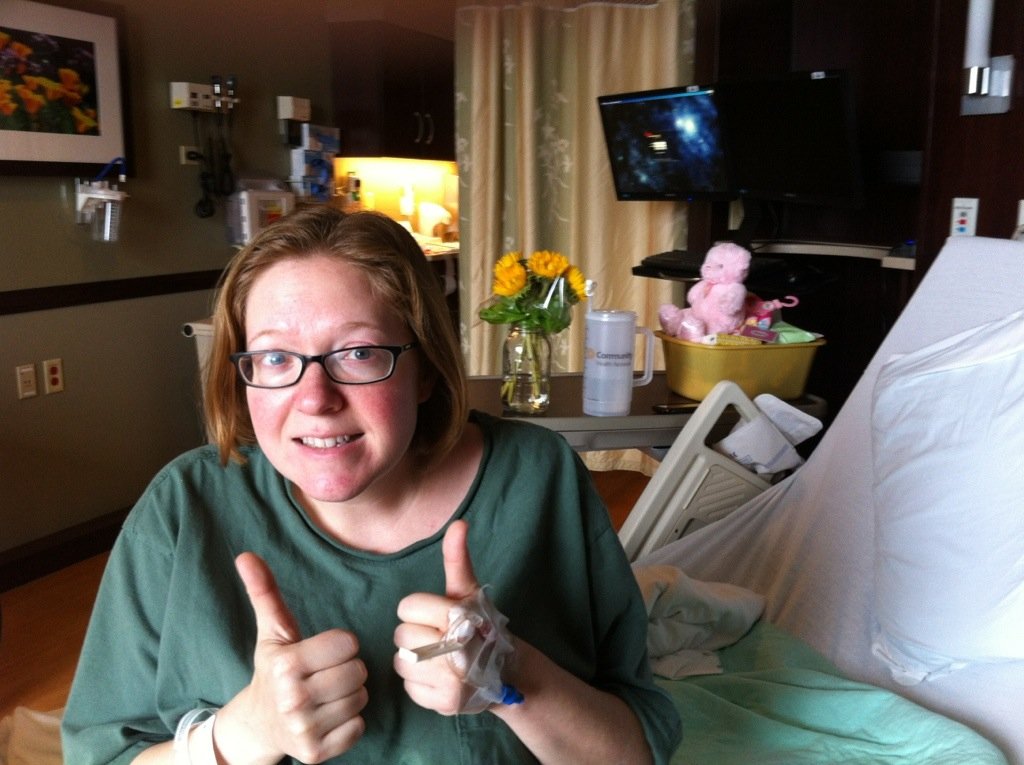 We got home about an hour ago. It’s time to shower and recoup a bit.

Coraline had some moments of low bp today, and had high, then low blood sugar yesterday. As with her respiratory rate they are always fine tuning to make sure she is stable and has what she needs.

They started slowly giving her some milk. About 1 ml every 3 hours to see if things are working and to kind of prime the system. They may stop and start again as it is important for them to approach digestion cautiously and in increments.

I got to change her diaper and check her temp this afternoon! Crazy.

Tomorrow we will try to have some semblance of turkey day at my folks between nicu visits… Otherwise this 17 lb turkey in my fridge goes bad, and it will be good to spend a bit of time with the fam.

Tonight we will try to get a bit of sleep in our bed so we can reload for the coming week.

Thanks again to all of you and your positivity! 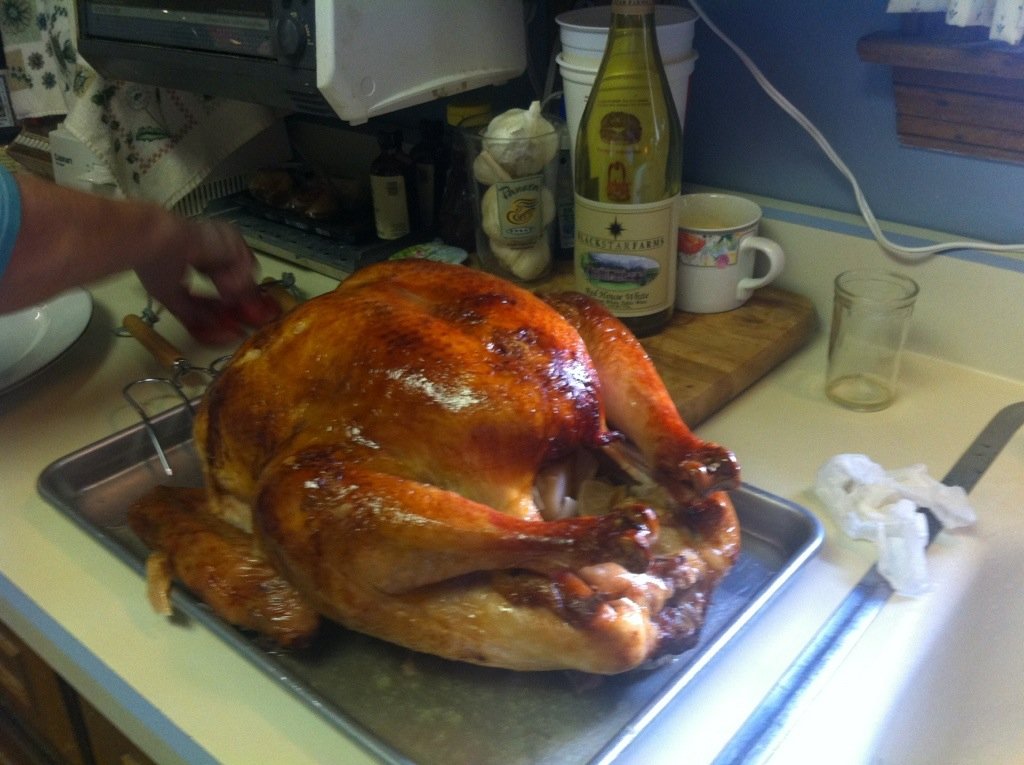 I usually don’t do the whole “I’m Thankful for blah” posts, but given our current situation and it being Thanksgiving I find that we have much to be thankful for.

Everyone at Community North has been great! Have your baby here if you’re around. Most of the NICU folks bounce between here and Riley, so they we have extremely excellent care for Coraline as well.

Thanks to all of our friends and family who has been in touch. We’ve had so many texts, calls, and emails of concern and positive vibes! The amount of support in our network is crazy. So many have asked what they can do for us, and honestly I’m just not prepared to answer that with enough detail yet. We were so surprised by the turn of events, and we are still kind of on auto pilot while we get it together.

I’m sure we’ll need help on things small and big in the next few months while getting caught up with the house, etc, and there will surely be lots of errands and other things we’ll need. As we start figuring it out we’ll get some idea of that together and probably have some point people involved like some of our siblings.

For now thank you again to everyone’s thoughts and help. Its been overwhelming so far. 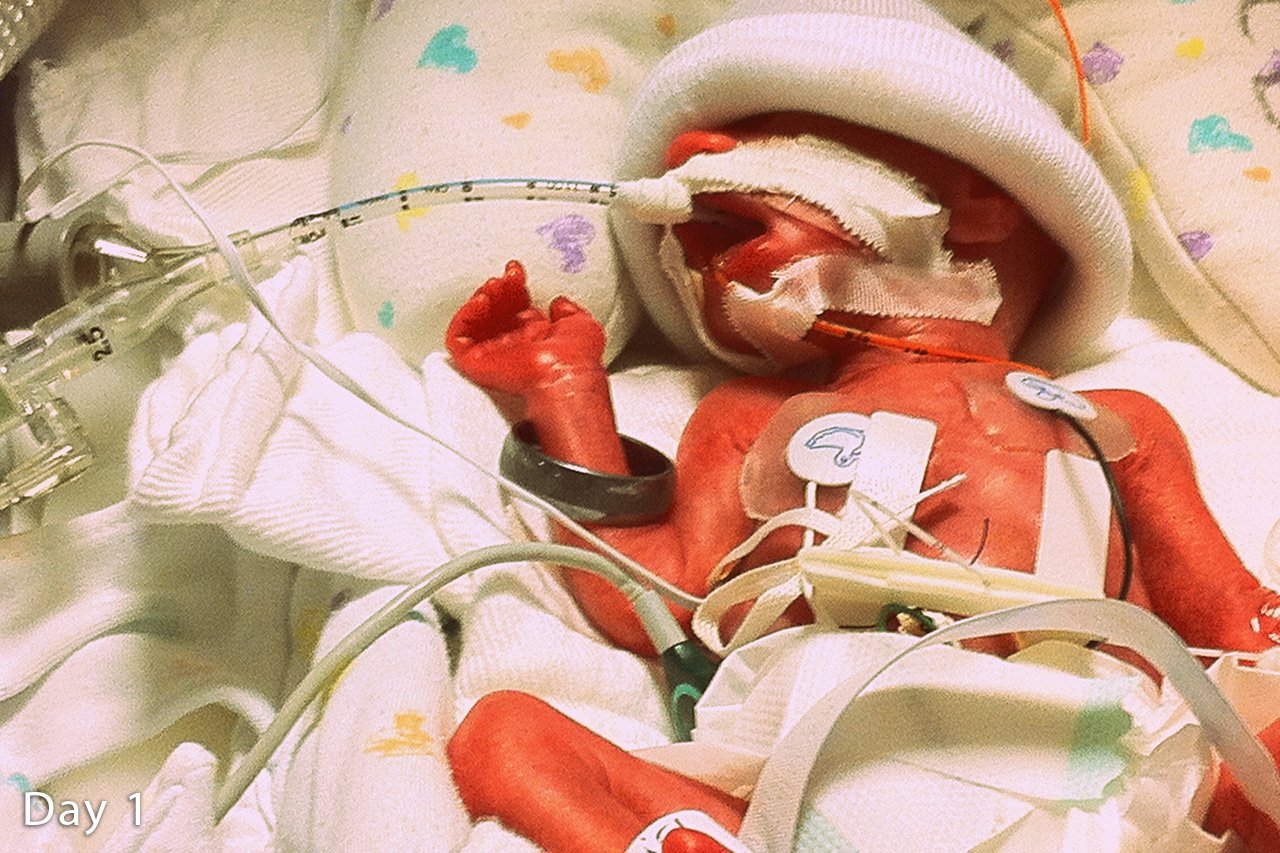 Hi Everybody! This is a repost from the private group that is running elsewhere, but gives an overview of how this all went down.

As some may know, over the last week or so Erin has been having very sudden and extreme pains in her back, right shoulder, etc… these would happen mostly at night, and the pain would radiate from a few spots and generally make her hate life.

We of course did our best to freak ourselves out by researching online, and the only thing that seemed to make sense is gallbladder issues. Over the weekend she had more attacks, and we called the OB and her GP.

She saw her GP on Monday, who thought it might gallbladder, but could also be some other things. Her BP was only very slightly elevated. She scheduled to have a Gallbladder ultrasound to look for stones wednesday AM.

However, Tuesday around 2PM she had 10 out of 10 pain all through her back and chest. Tylenol didn’t help and she couldn’t get comfortable. By 6 we called our OB’s service, and they told us to come in to Labor and Delivery triage for evaluation of the baby before we went to regular triage to have some tests done.

The baby’s vitals were fine, but we soon found out Erin’s BP was extremely high, and then received some scary sudden news when her blood work came back. Platelets were very low, liver enzymes very elevated, BP was obviously bad. They told us she had HELLP syndrome, which is a type of severe pre-eclampsia.

She was heading towards bad things including possible stroke or seizures unless it was remedied… and there is no way to remedy HELLP until the baby is out. We went from assuming we would be heading home with some meds and answers about her pain to hearing “we need to do a c-section in about 30 minutes” in such a short time.

Erin went under general anesthesia, so I couldn’t be there, and they delivered our baby just before midnight on 11/20. Everything went well, and the baby immediately went up to the NICU.

How Erin is doing

Previous to her trip to the OR she got some relief from the pain via Morphine. We were treated to Erin’s brief rendition of Sheryl Crow “Can’t Cry Anymore” after the pain subsided. 🙂

She did great through her surgery! She had a great team working with her then, and we are in incredibly great hands here at Community North. Everyone has been excellent, and the facilities are amazing.

Once the baby was delivered, Erin started on Magnesium Sulfate and fluids as well as a PCA (the magic pain medicine machine) with the button you push). Her BP has been fluctuating, but has been generally trending downward into safer territory. She’s been in excellent spirits the whole time. Last blood work showed her platelet count and liver enzymes going in the right direction.

Today she’s actually been up a few times, and is now off the PCA and Magnesium. She’s back on food and liquids. We’re hoping to get her upstairs to meet her daughter shortly after a nap… as you can imagine she is very anxious to get up there. Its pretty exhausting for her, but she is a trooper and continues to amaze me!

How Coraline is doing!

Our daughter was brought into the world way earlier than we planned… honestly we feel a couple months away from being prepared. Even though I’d been encouraged, I still hadn’t completed my list for name ideas, so I have had to announce myself in the NICU by saying “I’m here to see my Brown Baby” 🙂

But we now have a name! It has been decided! Its on paper, and off to the authorities!

She is small, even for her stage of development, but she also seems to be doing well developmentally. She is on a ventilator, but continues to increase the number of her own breaths on top of the machine’s. She also has needed little to no supplemental O2 beyond regular saturation. Yesterday the vent was doing 50 breaths per minute and she was breathing around 60 times per minute total. Today when I was up there the machine was only pushing 35 bpm, and she was breathing about 70.

She’s received some prophylactic meds, some for her lungs, some to lessen severity and impact of potential blood vessel bleeds in her brain. Other than that she’s been only on some fluids, and has now started receiving some nutrition through her umbilical cord.

The two biggest concerns at this stage of development seem to be brain bleeds and lung development. Her lungs seem to be strong so far! We simply won’t know much about everything else for maybe a week.

She is a little wiggler. She wiggles her toes and waves her hands, holds her face, and her eyes open a bit.

She is in an amazing piece of technology which tries to mimic conditions in the womb. She is cradled by cloth to try to restrict her movements as she would be. Nutrition comes from a line into the umbilical cord, and heat and humidity are cranked up in the enclosure. I’m amazed both by the gear AND the skill of the staff up there that can run IV’s on such a delicate little girl.

She’s currently rocking some eye protection as they have her under a Bili Light (http://en.wikipedia.org/wiki/Bili_light) to stay ahead of any issues with her processing bilirubin.

So anyways… things are as good as they can be so far for a 26 week premie. She is a tough little fighter just like her mom. I hope she looks more like her than me.

She’ll hopefully start getting the tiniest amount of milk tomorrow while she continues to get other fluids, meds, and nutrition.

We’ve been told to expect ups and downs, but so far so good! I’ll post some pictures in a bit here. I took the first ones with my phone, but will load some from my camera.