12 weeks in the NICU 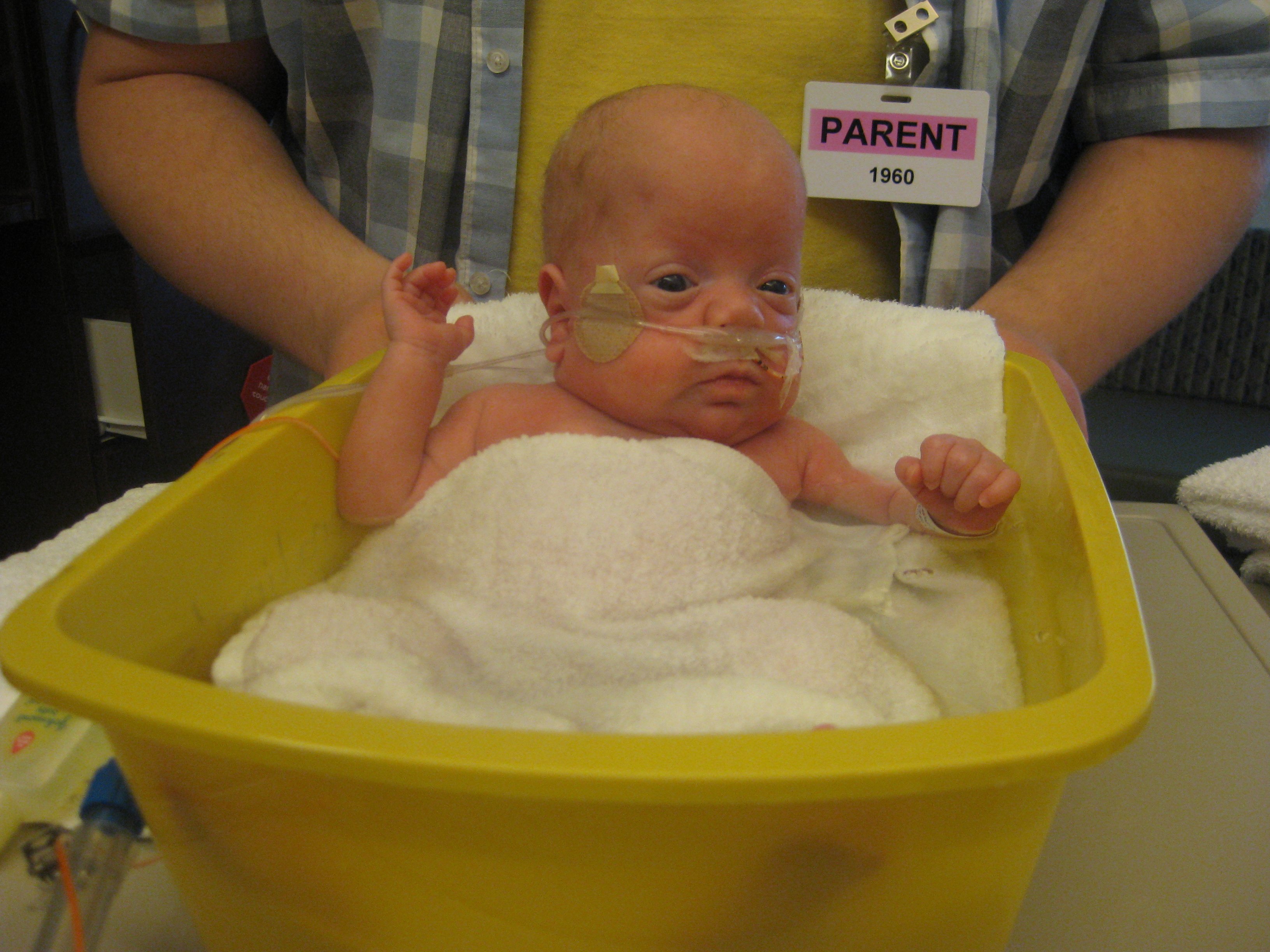 We’ve been up here for 12 weeks now. People have been asking a lot if we know when we’re going home.  Chances are that she gets weaned down to 2 liters of O2 within the next week.  She just got weaned again to 3 liters today and she seems to be doing quite well.  Hopefully it sticks.  Once she gets to 2 liters, she can learn how to eat.  Once she gets there, it will probably be another 3 weeks.  Soooo…it looks like we’re looking at a month at this point.  Maybe a little less, but around a month.  That would put us home a week after when we would have been home had she been full-term.  So that’s not SO bad.

Things are going along pretty smoothly now, although it seems that Coraline has a bit of an acid reflux issue.  She’s not puking or anything, so it’s not horrible.  However, a few minutes ago she did just cough/choke a bit into a brady and a lovely desat into the 40s.  Sooo…that’s fun.  They put her on Zantac two days ago, and she seems to be much more comfortable.  She isn’t holding her breath nearly as much today as she has in the past week or so.  Her feedings are now going in at 30 minutes rather than 45.  She seems to be not troubled by this and is still digesting most/all her food.

Weight:  5 lbs 6 oz.  – She is now wearing newborn clothes.  Her preemie stuff is getting a little too snug!  We’re hoping they recommend moving her down to 24 cal cause she is getting pretty chunky pretty fast on 27 cal.

Eyes:  ROP has not progressed.  She had an eye exam and she’s still the same.  So that’s good news.

General health:  She is not sick.  She hasn’t been sick.  We are very lucky to have had very little issue with any infections or illness.

Cuteness:  She is maintaining her level of cuteness, if not even progressing a bit.

She still enjoys watching her mobile a lot.  So that’s cute. She has a bunch of cute hand-me-downs and clothes which were gifts, so it has been fun to dress her up. She is also still a fan of baths.