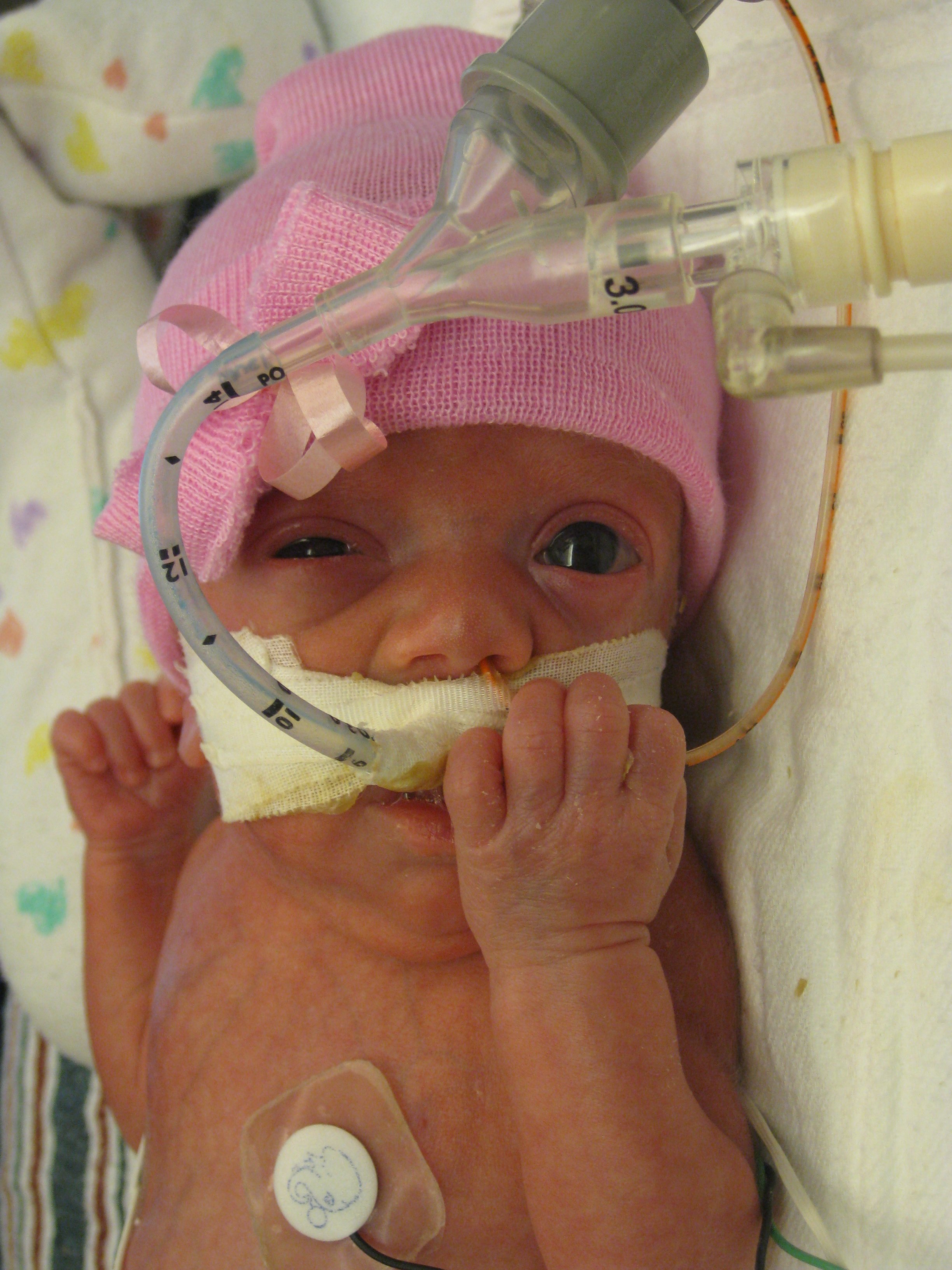 Today is Day 50 of Coraline’s adventure in the NICU.  It has been a great one, actually.  She is down to 24% oxygen, which is as low as she’s been since she’s been intubated.  She is doing SO well that I was just informed that tomorrow is the day that she will come OFF the vent!  Woot!  They will be putting her back on the nasal IMV and hopefully her lungs will be able to handle the lighter load.  They have lowered her pressure on the vent to see how she might tolerate it and she’s doing just fine.

Thought that has been nagging me:  What on earth do NICU babies dream about?