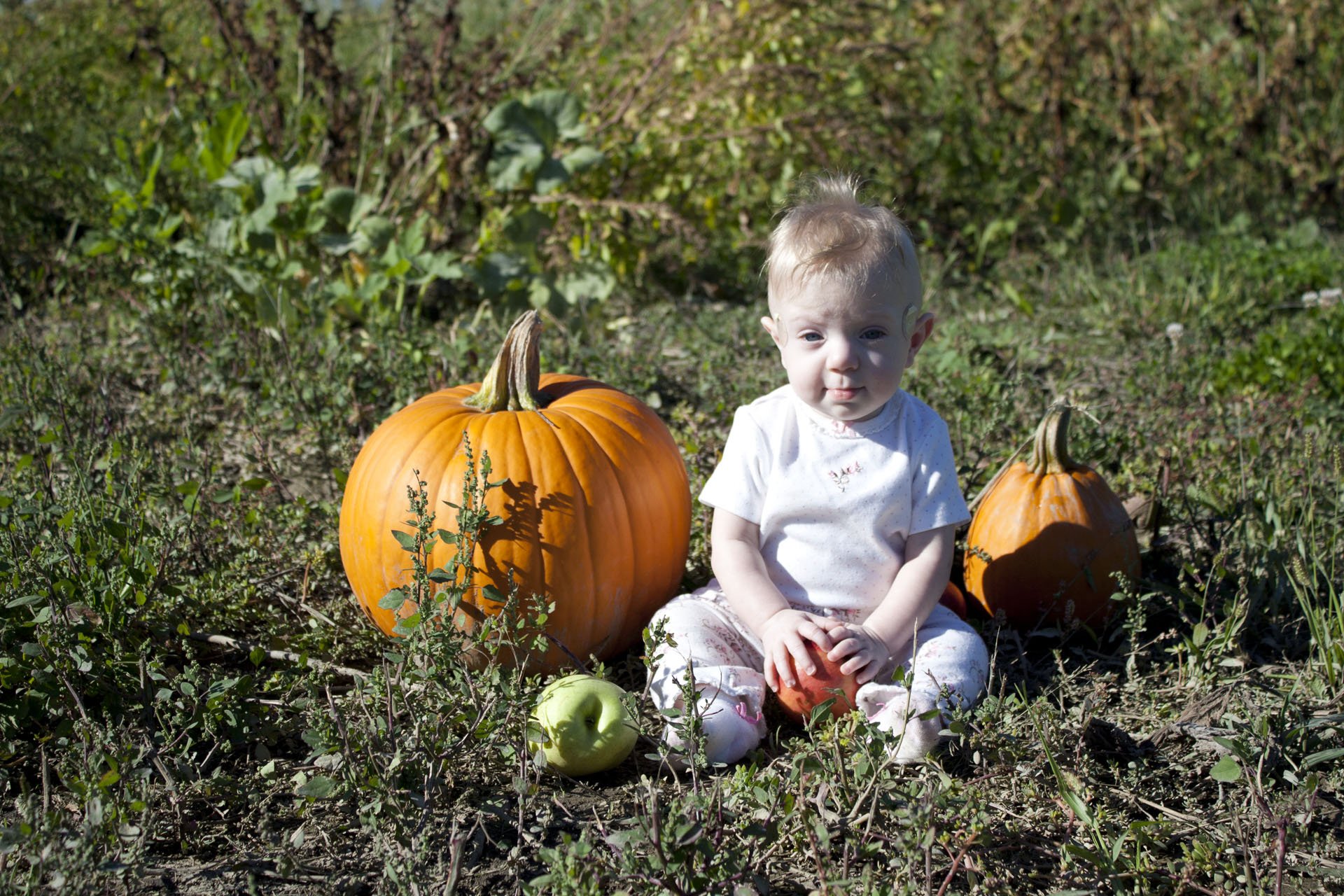 So I don’t really think it’s been THAT long since I’ve written a blog post, but I feel like we have a totally new baby to tell you about.  First let’s cover medical updates.

Cardiology – I am pretty sure I mentioned before…NO MORE CARDIOLOGY…until she’s like 80.  PDA is gone.

Opthamology – We went in last week.  ROP is not an issue anymore and now we’re just waiting for her eyes to turn bad because she’s my child and will probably be near sighted.  Sorry, kid.  For now she’s in OK shape though.  We have to go back in a year.  No biggie.

Developmental Peds – We just had an appt this last week.  She is doing GREAT developmentally.  She is where she should be for her adjusted age.  She’s a little small size wise but she is on the curve!  And she is still moving up!  She is about 13 lbs 13 oz.  (that’s an average of the two weights we got).  That’s a pound higher than when we had her weighed last.  We were VERY excited.

The dev. peds nurse practitioner was looking over her chart and said, “Wow…490 grams.  You just don’t see babies that small doing so well.  It’s very rare.  I really don’t see that very often.”  490 grams is very small.  TWICE that size is very small.  It’s easy to forget how fragile she was when she’s throwing herself all over her pack and play and trying to claw over the couch to attack an animal.  We are so happy with her progress…obviously.

Pulmonology – The biggest news…We are off O2 during the day!  She just sleeps with it.  And she has been doing great without it.  It’s actually a huge pain to get it on her at night because she really doesn’t want it on anymore.  We are supposed to be getting a sleep study sometime very soon.  If we haven’t heard from them Friday we are supposed to call.  So we’ll see!  I’m on Fall Break this week and next for work and it would be a good time to get it out of the way.  The pulmonologist was very helpful in explaining the results of the sleep study and bronchoscopy, which I feel like no one had done yet.  He wasn’t overly concerned about the results of either.  If the sleep study goes well then we will be off O2 for good.  She will continue to wear her apnea/heart rate monitor at night when she sleeps for 6 more weeks.  That’s totally fine.  Let’s do it!

Pediatrician – She will start getting her Synegis shots in November.  This is a shot to help lessen the effect of RSV if a preemie were to be so unlucky to get it.  It doesn’t prevent it!  It just prevents it from getting really bad.  Our next appt will be her one year, which is next month.  That is insane to me.

As for fun new stuff…

This baby is a wild and crazy kid.  It seemed like overnight she had developed all new skills, including:

Almost crawling.  I actually saw her crawl twice, but she couldn’t recreate it.  She wants to crawl on her hands and feet as opposed to her hands and knees.  It looks super awkward.

She is a stander!  In fact we had to take the bassinet out of her pack and play cause she would pull herself up and then almost fall out.  I’m starting to get nervous with her in her crib cause she looks like she is plotting a way to climb out.  I wouldn’t doubt her ability to be able to do that very soon.  She is crazy strong. “Yeah…Dad….you’re gonna need to carry this one for me. This thing is WAY heavier than me.”

She is chatting up a storm!  Babababa, Mamamama, Wawawawa…  It’s all very exciting.  This all just started this weekend.

She has lost her desire to eat solid foods, mostly because she enjoys spitting them so much more!  She loves to spit and give raspberries.  It’s best when there is food in her mouth.  (sigh)

She loves her toys and reading/eating her books.  Paper products are most appreciated when they are dissolving in her mouth.  So gross. “Would you like to hear some Chopin or Rachmaninoff?”

We’ve started taking walks with her umbrella stroller and she loves it.  She laughs and kicks and goes nuts for awhile before she settles in to just looking at everything.

She still wants to be with the dog.  The dog still wants nothing to do with her.  Her and the cat are buds. She only has hair on top.  It’s all fuzz everywhere else.  And the hair that is on top is usually crazy curly.  It is definitely NOT her mom’s hair.

She is eating WAY better.  Like…I don’t have angry tears stinging at my eyes every time she needs to eat anymore.  A non-eating child is beyond infuriating.

This week we went to our first cemetery!

We went to the pumpkin patch/apple orchard with NICU buds.  She did great…and we got cider slushies, which were awesome.

She got to meet a bunch of new family members at family dinner night.  She hadn’t met a few of them yet.

We’ve been to the farmers market.  Her stroller cart works great to carry home food. Coraline looking VERY concerned about what her buddy Drew is talking about. Our lil punkin. She’s kind of a doll. In the patch, finding a perfect pumpkin. She loves to ride on shoulders. Sometimes Andrew takes her around like she’s a parrot. And to finish up this post…just a reminder.  RSV season is upon us.  If you want to come visit, make sure to avoid us if you have been sick or if anyone at home has been sick.  Or if you’ve been around sick people.  We really want to avoid having a sick baby this winter.  And we really don’t want her back in the hospital.  Please don’t be offended if we ask you to sanitize.  It’s just how we roll over here these days.